Every autumn i go on a work/meditation retreat off the grid deep in the california woods. it is always a very good time to think and ponder. After a couple of weeks my friend Huevos rushed to me with what he could get from a one bar connection on his phone about a very bad news concerning my friends JP Auclair, Andreas Fransson and Bjarne Sahlen. We couldn’t get more than a random page announcing briefly the confirmed death of Andreas and JP. Frustration was high as we couldn’t get anymore info than that. what happened? Bjarne? what the fuck. A month prior i was at a bbq at Fransson with Bjarne and they talked about their chilean project. There was no immediate plans to get down to connections so i just swallowed the news , deep. From deep , there is a howling of sadness… the tears… The tears have not yet been on the outside. I am around people, and I don’t want to be comforted. They don’t know them . Not letting them out. They might come later, the tears. But for now they stop inside, leaving my eyes glossy. Moments come in my mind, those times spent with fransson at the top of the aiguille du midi waiting for windows, remembering his advises and betas on huge runs then rarely skied, remembering the west face of mont blanc and the eugster i would not have skied had he not told /encourage me “you should go you can do it” .
It is so unfair.
Fransson is known as a punk ass skier for his descent of denali or other “no future” type endeavor. Since he started his guide program and met his girlfriend Ali he was tamed. Cautious. Extremely experienced.Focused on details. safe. more conservative in his choices.
so unfair.
i remember meeting jp 5 years ago in cham during the shoot of “ordinary skier” . He was the most unusual pro skier/park head jibber i met. Not looking the part: discreet, smart, well travelled, intelligent, artsy, well read, creative , humble. I remember him telling me how scared he was of alaska and powder, avalanches. I saw him many times after: cragging in cham , I was there on his first descent of the mallory…Later I waited for him when he skied the frendo with fransson in a white out whilst we skied the eugster that day and we all met at the bottom drinking beer.
he just had a baby.
so unfair.
Later, My friend Huevos said it looks like something happened to a “liz “ as well. We couldn’t get more on the short connection. just someone posted ” bye Liz” on Facebook. I immediately thought of Liz Daley but i knew she wasn’t with Fransson. she is in cham climbing “spliiiitttttters” with her newly fiance and good friend of mine Davide Demasi AKA Diamond. I saw them 20 days ago, at a welcome to cham Liz BBQ.
We all decided to go eat pizza in town. Alleluya, connection. I couldn’t wait any longer. The first post i see is the one from Diamond announcing Liz daley’s death. I couldn’t hold it anymore and bursted in tears for a minute in the rough neck scene i am in. pretty. …fuckin hell.
Liz Daley. really?
This is beyond fucked up.
So unfair.
She was so conservative in her choices , she was so safe. I always enjoyed the contrast with her girly manners in a brutal environment, she was always so pro. I was angry when she told me she had to switch from patagonia to Eddie Bauer because patagonia wouldn’t put her on payroll. Why?. She was so good at advertising , her numerous post on TGR were brilliant LINK, full of life, fun. Her few videos were so lively and funny. She was no Peterson but heck, most of us can identify with doing our toe nails at the base of denali more than G-s-ing massive faces in AK. Anyways.
It doesn’t matter. She is dead now.
I am crushed.

3 good people are gone. Again. it is redundant . too many. The usual “ he died doing what he loved” gets me pissed off. it doesn’t mean anything anymore. Andreas said” there are no good reason to die for but the mountains gives me a reason to live for” Ok, fine. My parents who see the numerous dead people post on Facebook dont understand at all. They are worried. I am confused. It is snowing now in cham . I am not excited . whatever. yes . it is snowing. The only thing that keep me skiing isn’t skiing anymore .per say. It is just the people i meet. Without skiing i would not have met such unique characters like JP, Andreas and Liz. This is about the people, those moments. What i remember most are those times spent with people before and after skiing. the skiing is always good, it is just skiing. I am pissed off at skiing right now. … 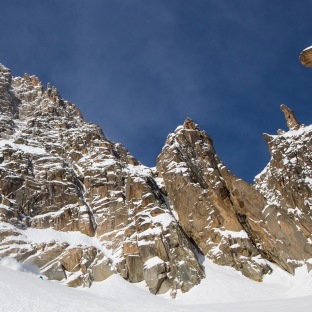 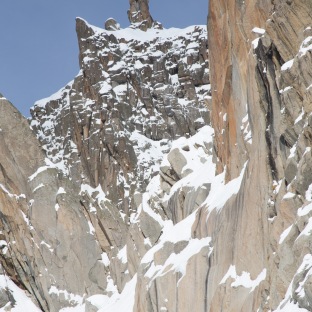 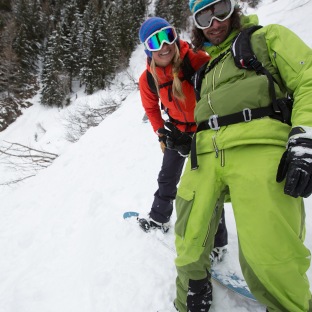 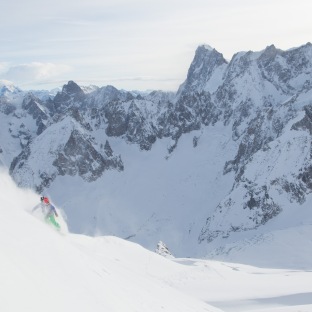 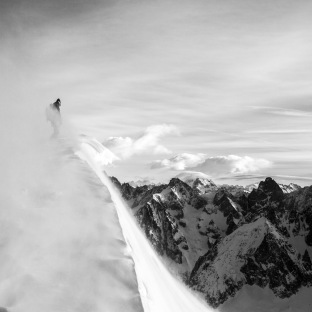 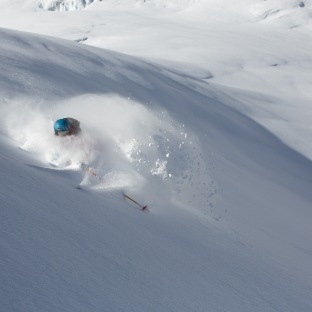 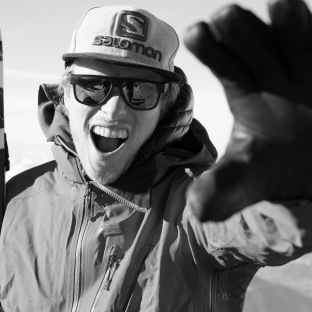 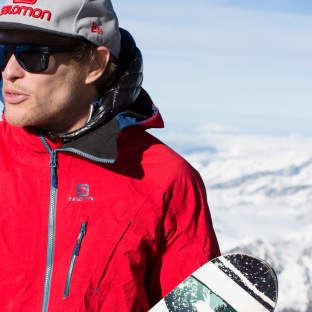 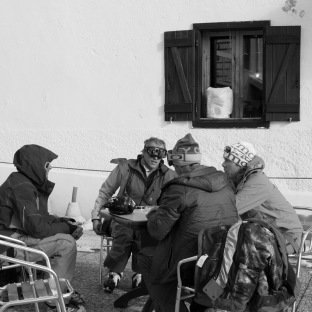 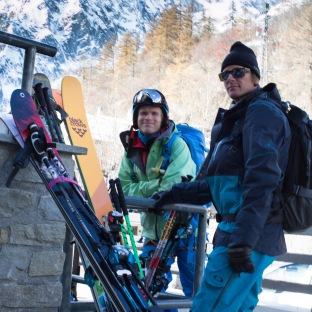 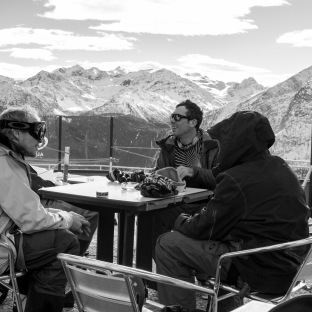 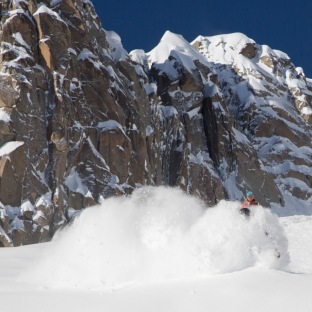 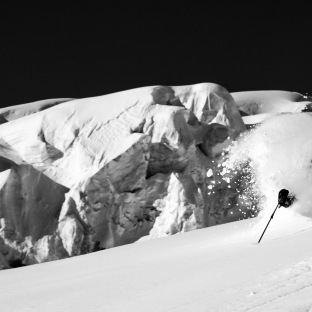 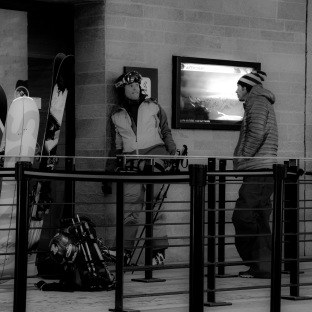 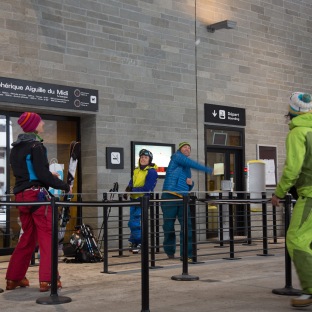 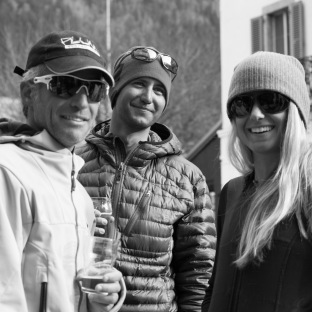 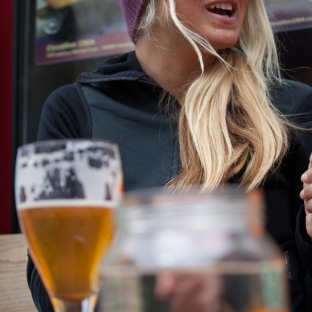 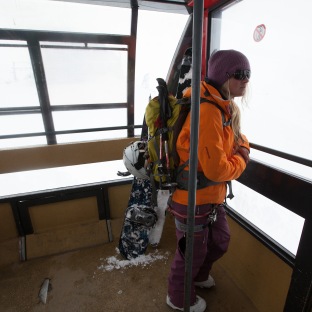 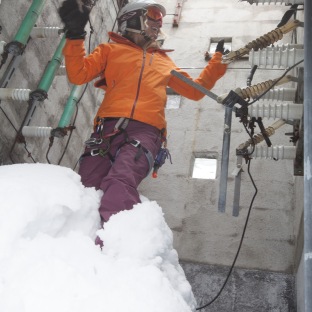 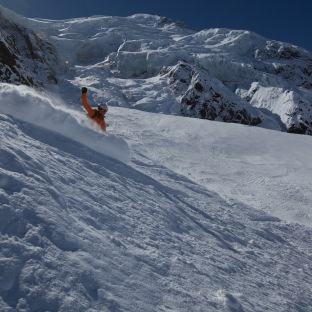 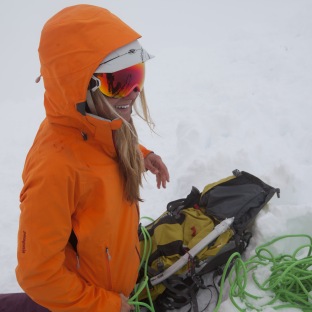 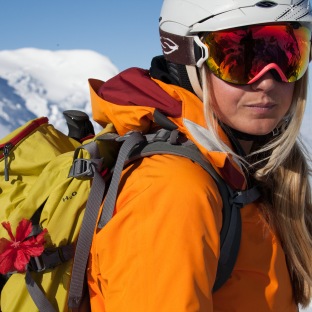 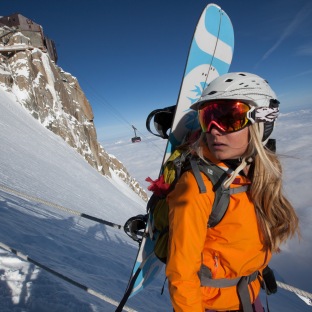 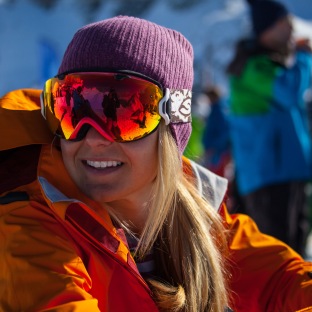 I don’t have pictures of JP but here a video he made whilst skiing the frendo/ eugster. It shows his creativity and what he could do with just some go pro footage. So much richer and elaborate than what you usually see coming from the usual ski hipster- pro-park-freeride-facebook-instagram crowd nowadays … 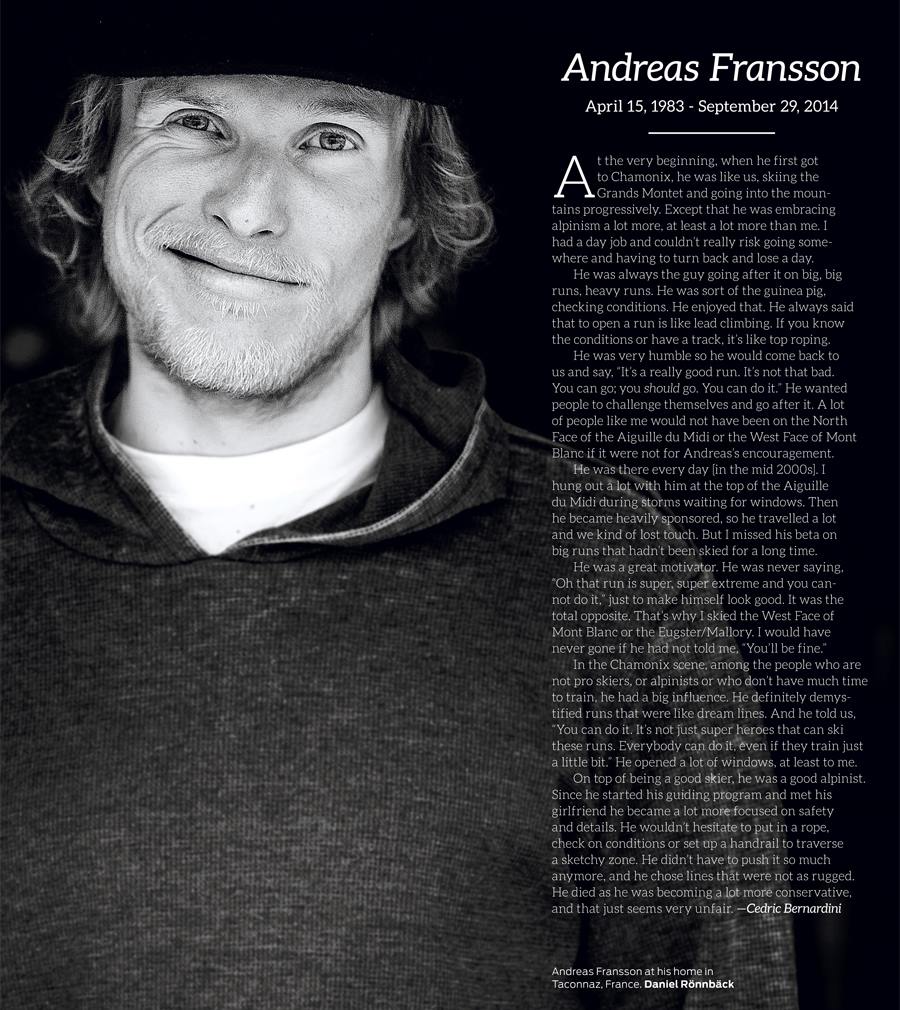 This entry was posted on November 5, 2014 by cedricbernardini. It was filed under 2014, blogus, ranting, ski and was tagged with andreas fransson, dead, death, J.P auclair, liz daley, ski, travel.