More training and drift diving with

Trying to almost fall asleep but not totally on the descent . with https://www.purediveresort.com/freediving-nusa-penida/

It is monsoon in Thailand, while i’ve only seen one rainy day, the ocean isn’t clear , lots of dust particle and dark ocean. So I have to smooth out images with sun in front or else it is snowing. Especially on that kind of shots . So dusty. But i like the smoothed out look on that one .

So far stuck with sinuses issues .

Nothing really happened this summer , i worked mostly . 2 Jobs. Nothing happened Except it was the driest hottest summer i experienced in 15 years . The most crowded also. Probably the coldest for the rest of our lives . The mountains didn’t look happy and healthy. The cabane de la fourche fell down. A lot of things fell down . Sweden voted a (literal) Nazi party as leadership. Italy voted a fascist one . Russia. well. Russia. Anyways . the most beautiful thing was also the simplest : The ascension festival at the cabane du cerro. This was organic . Awesome. beautiful people . Cozy atmosphere . And all. As the world is crumbling apart we need more of those things.

The ascension festival at the cabane du cerro was by far the best festival and party I have been to in my 15 years chamoniards existence. I’ve discovered local talents musicians painters speakers crafters chef wine makers I didn’t know  existed.

A revolution was happening in this little ghostly corner of the valley and most people didn’t know about it .

The caban du cerro is older than us all , built when the bosson glacier was still alive and well . It belongs to the people of chamonix , the mayor and team vote every 6 years? or so whose project manages it .

The past years local environmental warrior and social cohesion hero Timothé was in charge of it . He transformed this little cabin into a heaven where local artists could show off their work to a crowd eating food produced almost exclusively on site . And let me be clear , in todays complete biosphere disaster lead by rogue capitalism, to transform a piece of rugged forested hills old moraine into a sustainable permaculture garden  able to feed a clientele  enjoying local artistry and culture all of which mentioned in the Gault et Millau guide is nothing less than a revolutionary act . Unfortunately, the  elected right wing politics hate revolution. Unless it brings profits. Lots of it . So this sustainable and financially sound cultural garden of Eden was voted out to be replaced by a  perfect MBA project supposedly super profitable .

So, The Cerro team decided to make a 5 days festival on their way out with all the people who participated in this adventure patrons and artists .

After 2.5 years of covid lock down i was finally allowed to indulge in a trip. Just 10 days this time. My primary objective was to get back into free diving mode . Maybe spearfishing and some wildlife photos. The spearfishing guys were not in Amed anymore , my first stop . So I enjoyed free diving and chilling sucking in this tropical setting. Indonesia makes us Europeans low income folks feel like millionaires . A day in a bungalow with a scooter , 3 great meals plus beer is the price of royal with cheese . The staff and people are sweet and awesome with good spirits . I traveled to Nusa Penida, an island south of Amed to try to catch on camera the manta ray and mola mola . Unfortunately full moon and high sea didnt allow that. 10 days is definitely too short but I made plans for a much longer stay in the fall .

Winter 2005, my first year in Chamonix, a complete rookie in anything alpinism-glacier. A classic February storm day lapping the top grand montet staying within the resort. On the last bin to the top, 10 pax max, i see that tall agitated guy wearing a back pack and a harness , talking to the lifty excited about a weather window and how he would be first track down the pas de chèvre . All i know about pas de chèvre is i can see it from my balcony , it looks sick and somehow finishes in Chamonix. I waited and watched him disappear into a sun-setting with fluffy snow flying around. I followed his track to realize he wasn’t going into my balcony view. I felt stupid and worry . i kept following the track until i could see what i was about to ski . The rectiligne. “Jeezing my pants” . Spectacular run all the way to where i met with Luca at the mottet hike . He immediately asked me if i’am a mogul skier because i followed his track . I admitted it is my first time and i have no clue of where i’am . He realized i didn’t have a back pack just free riding , he laughed . A friendship was born.

This is pre internet and smart phone. At that time for low income mountain plébéiens like me and Luca, to progress anywhere in Chamonix, without the red lines on runs all over the internet-go pro and a 1000 post per days , required a sense of adventure , a fair bit of stupidity or ” innocence ” and a huge amount of faith. So that day we both realized we’d be a match . I love his other motto “chi va piano, va sano e va lontano” which is very frown upon within the ski -alpinist-royals and elite scene . He sure was taking this to some annoying extreme at times . But this allowed us in years that follow to have many days bivying in the mountains to achieve climbing or riding goals. This is what our companionship was built on. Laugh-tranquillo-good times . The mountains are not an olympic stadium. We are the leisure class .

We both acquired a lot of experiences playing in the chamonix valley/italian mini golf riding zones and climbing . The climbing was by far the most comical but where I gathered the most knowledge. We were both 5c max so our days spent on aiguille de L’M north face , stuck in a lighting storm on the moine integral or climbing the frendo are some of my fondest memories.

In 2007 I had enough confidence-knowledge and along with other friends we started to tackle the bigger chamonix/alps extreme -steep skiing classic test pieces. Many of the north-east faces of the argentiere basin often sleeping at the top of the grand montet station Luca had the keys for , drinking wine , eating good food and having an amazing time . The couloir du diable. the yager. mont blanc west face . Monviso coolidge, of course still keeping it stupid/epic/faithfull with regularly storm riding the Marbree, cosmique , the eugster and anything in between. This period until 2013 is the most epic unreal intense skiing experience i’ve had . I cherish it .

In 2012 I invested into bigger camera equipment and Luca started to be seriously sponsored . I very fast was getting attention from brands and magazines and in 2013 I was booked on an heli trip to canada for 2 weeks and then in Haines Alaska where i would be the house photographer for a month , taking industry standards photo of pros and possibly work along sherpa cinema whilst they were finishing their movies “into the mind” shooting in Haines . This was a huge step up. Unfortunately , a cornice broke in Haines after 5 days and took all those projects with it. I lost a friend in the process . And this is where i started to loose my faith.

The years that followed , Luca’s professional snowboard career was launching, he skied Layla peak in Pakistan, big mountains in Peru. The shangri-la in Nepal, some first descents in the alps. I was trying to recover among a cycle of tragic accidents which was taking our friends/ski partners one by one sometime 2 by 2 each year for the next 5 years . I also went thru a couple of close call myself, getting beat up one too many times . The result is I lost my faith entirely but most importantly the trust in myself , in my decision’s and others’s . Including Luca.

Since, we spent those years after a bit frustrated. He kept on calling me for every mission he had or every powder days to go out with him , telling me how good it is and how fun it would be. He never understood how loosing faith and trust (in me and other) could block me from skiing anything fun.

Luca was also a big believer , he believed in fate . Everything is written on stone somewhere in the universe . The day we die is written . This is very symbolic that he died during covid restricting all the freedom he based his lifestyle on. The climate crisis is also making us guilty for any travelling, the series of mediocre winters and of course aging is limiting that freedom too. So. Evidently. If there is one guy who is now one of those free choucas up in the high mountains it is him. Give him some pizza .

For a guy like Luca Pandolfi who started snowboarding at 18 without any alpinist/snowboard royal/elite lineage guiding him , no internet red line , working night shift at the tunnel, to get to the very top professionally, riding the Shangri-la in Nepal with the biggest snowboard legend Jeremy Jones is so impressive . His resume of achievement and fun is epic. No matter how corporate he got , he was still the jester, never bending to the corporate elitism and conservatism. His video riding skyway got 100K at his death. He is happy 😉

Anecdotally, residents in areas of frequent foehn winds have reported experiencing a variety of illnesses ranging from migraines to psychosis. The first clinical review of these effects was published by the Austrian physician Anton Czermak in the 19th century.[6] A study by the Ludwig-Maximilians-Universität München found that suicide and accidents increased by 10 percent during foehn winds in Central Europe 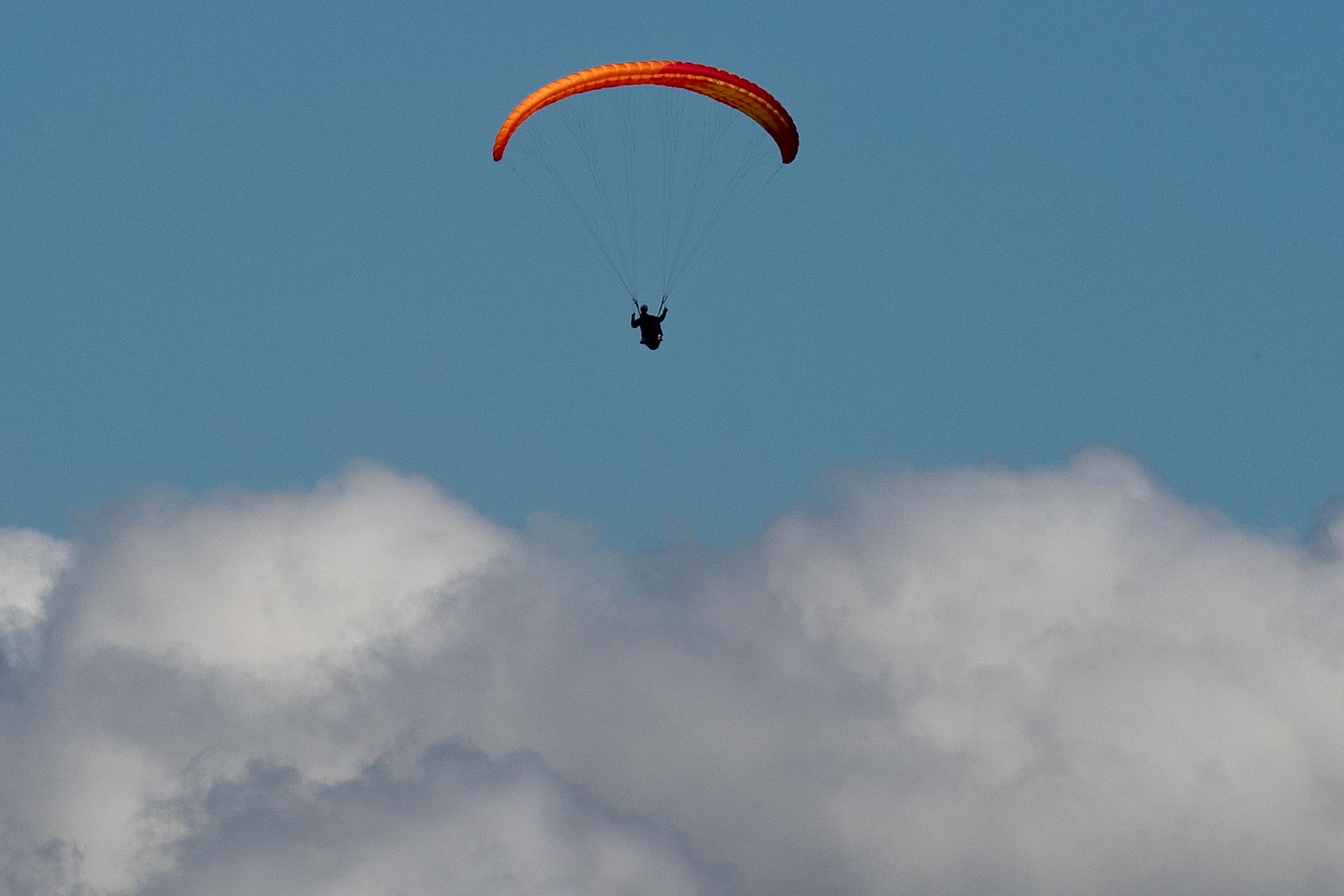 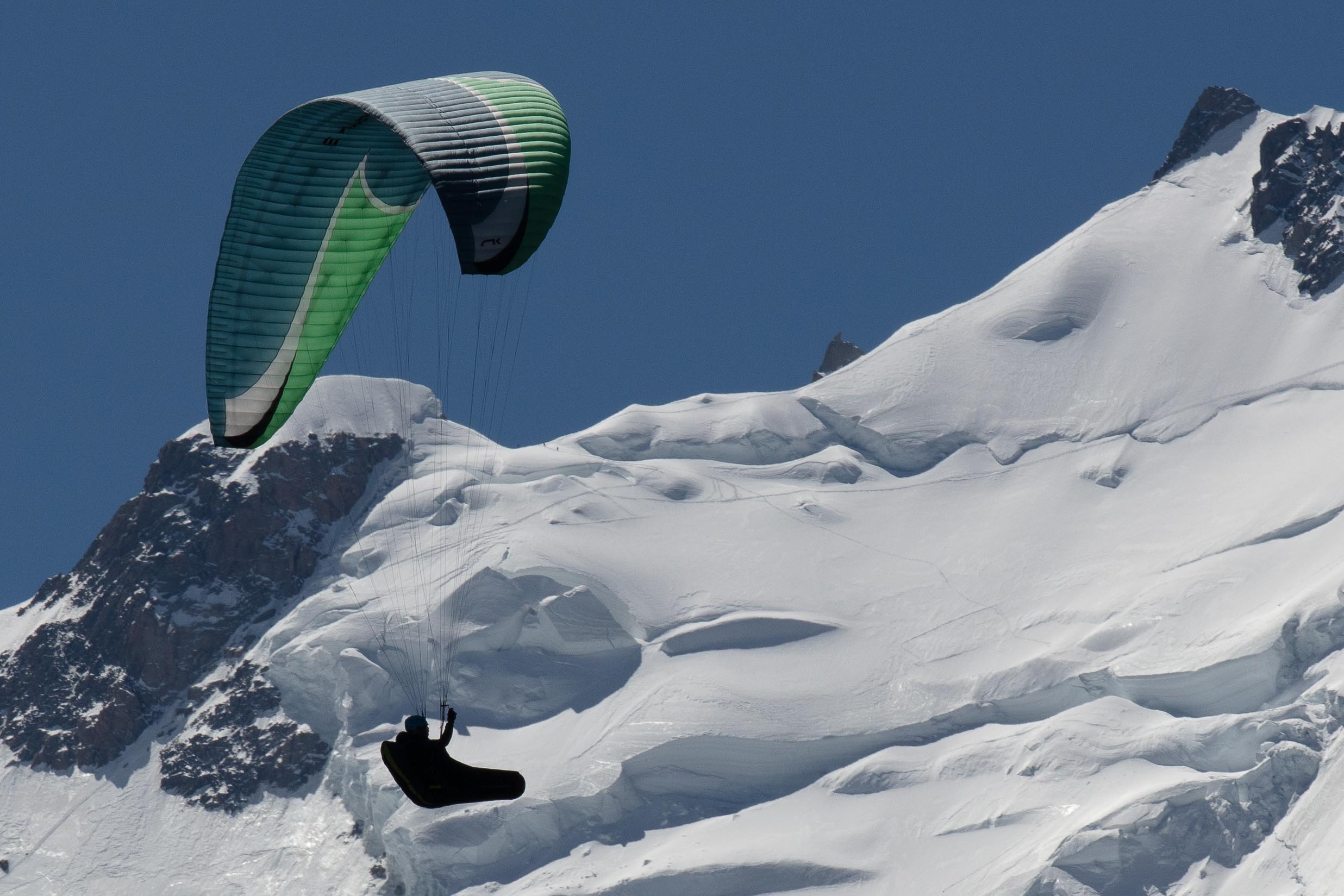 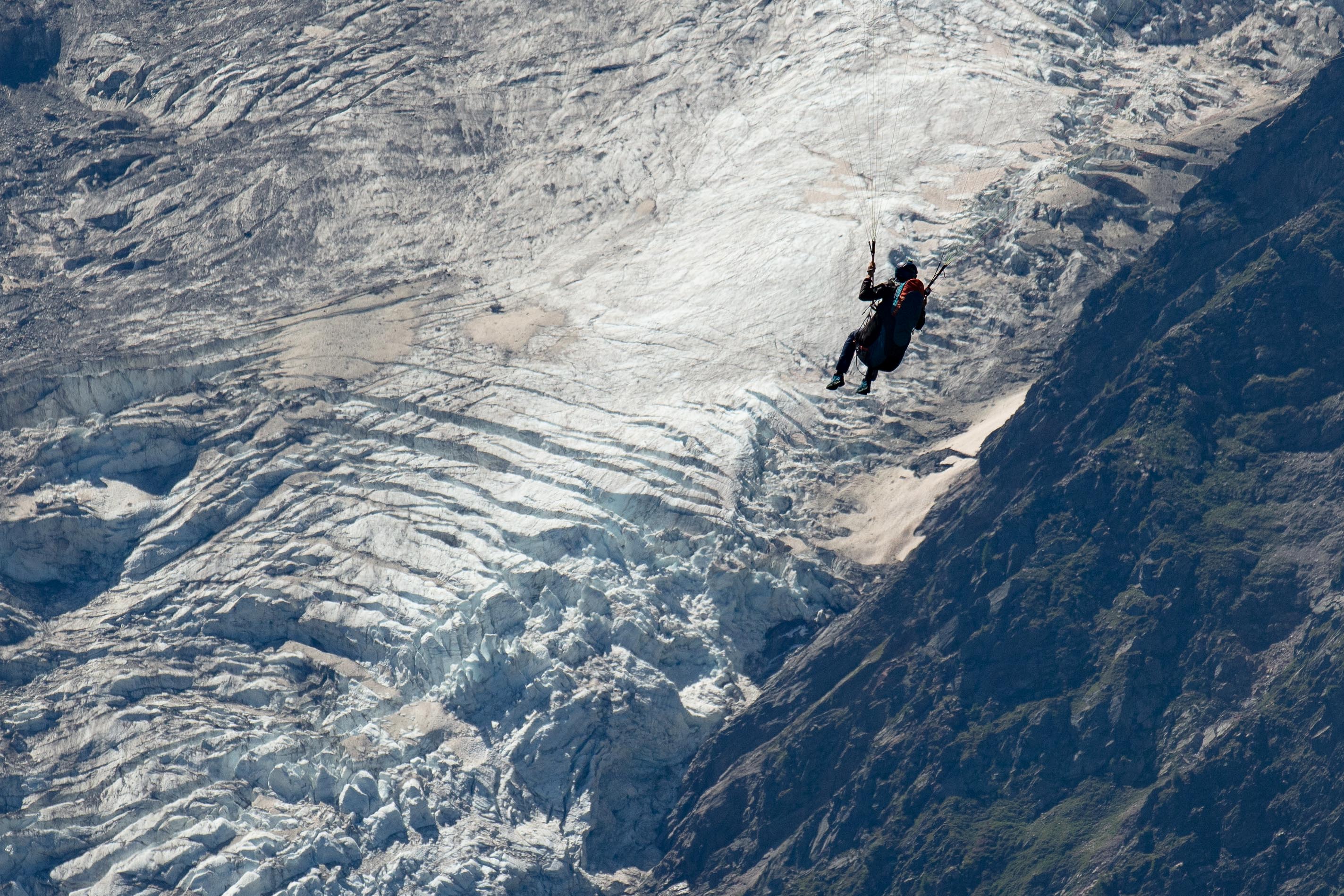 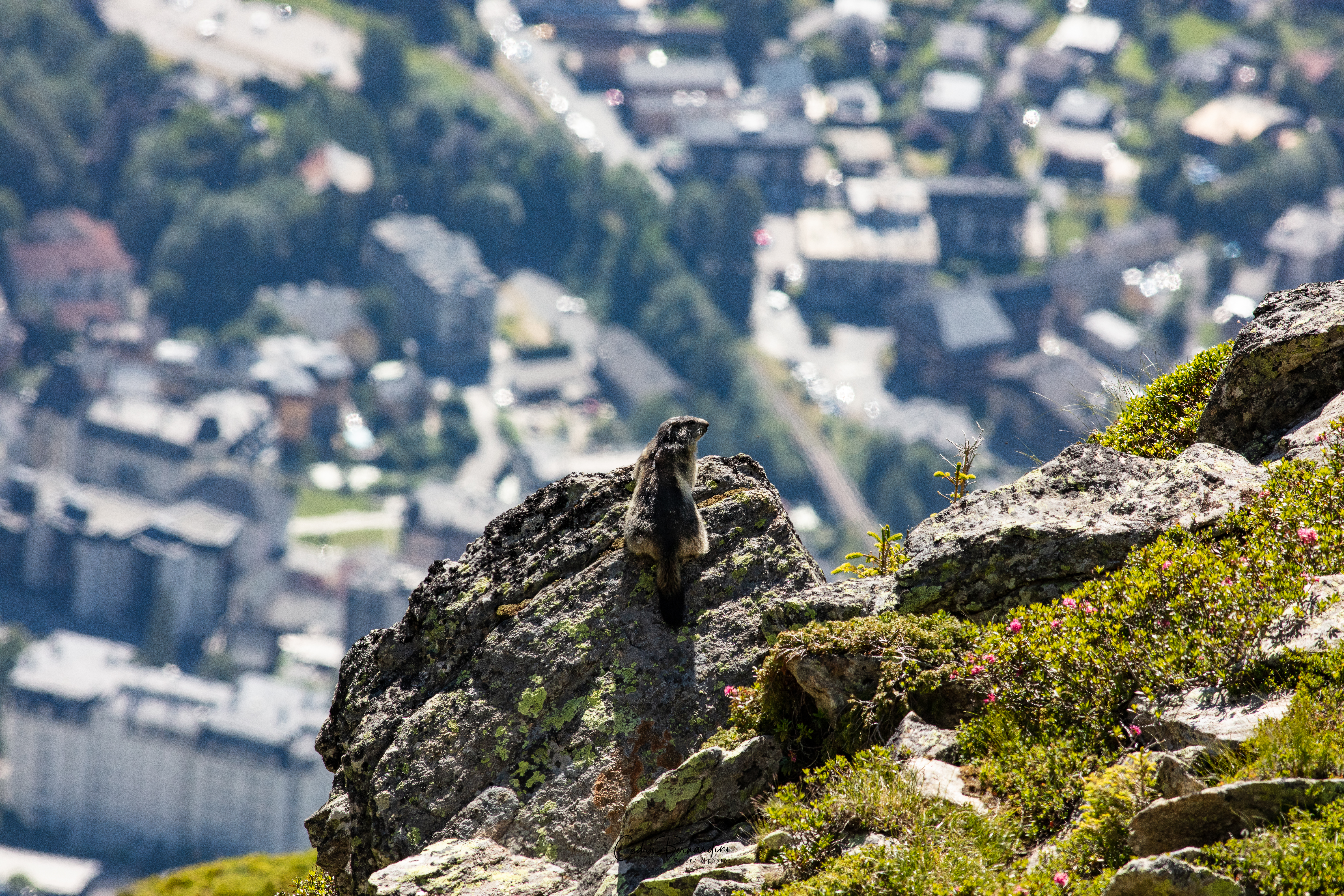 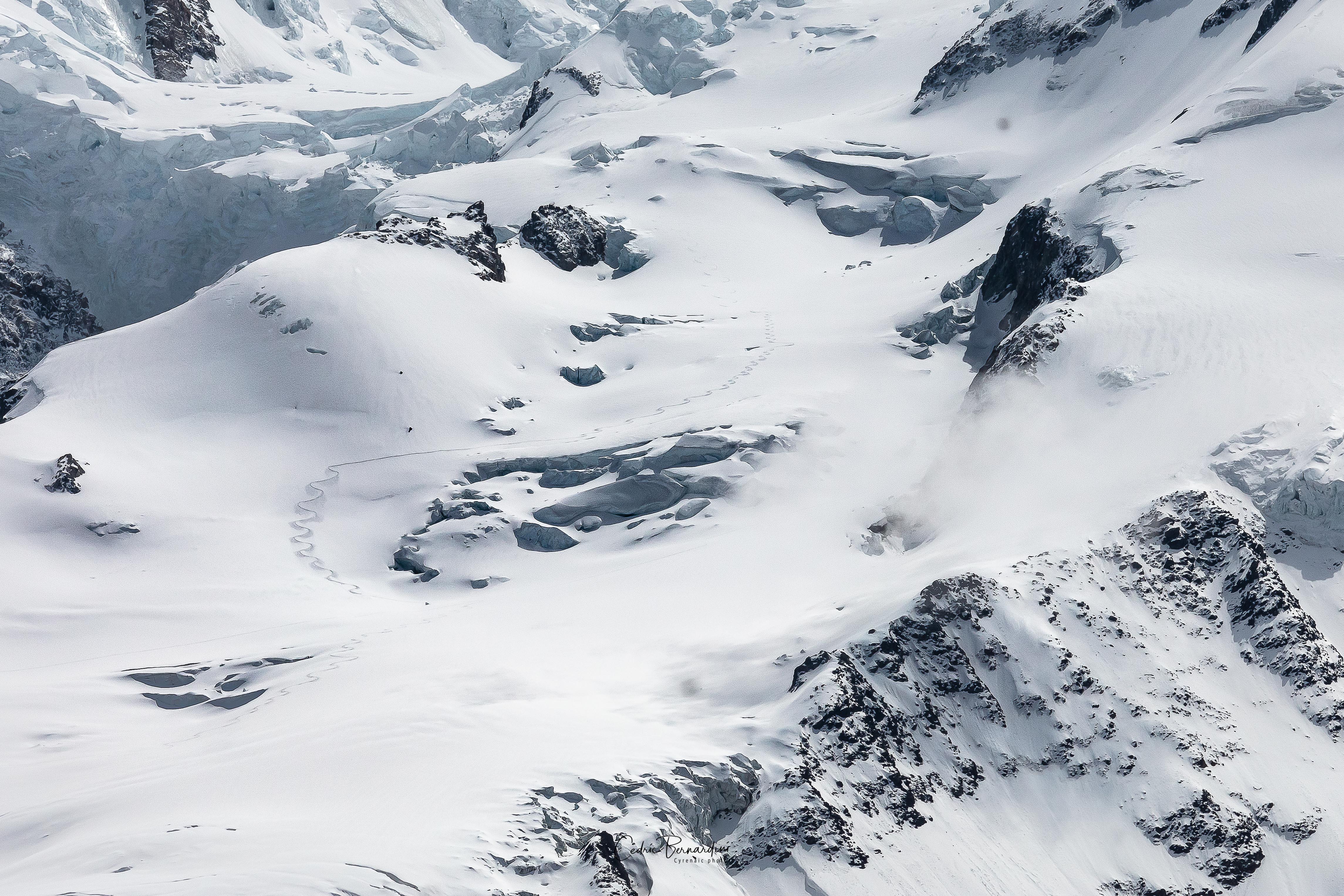 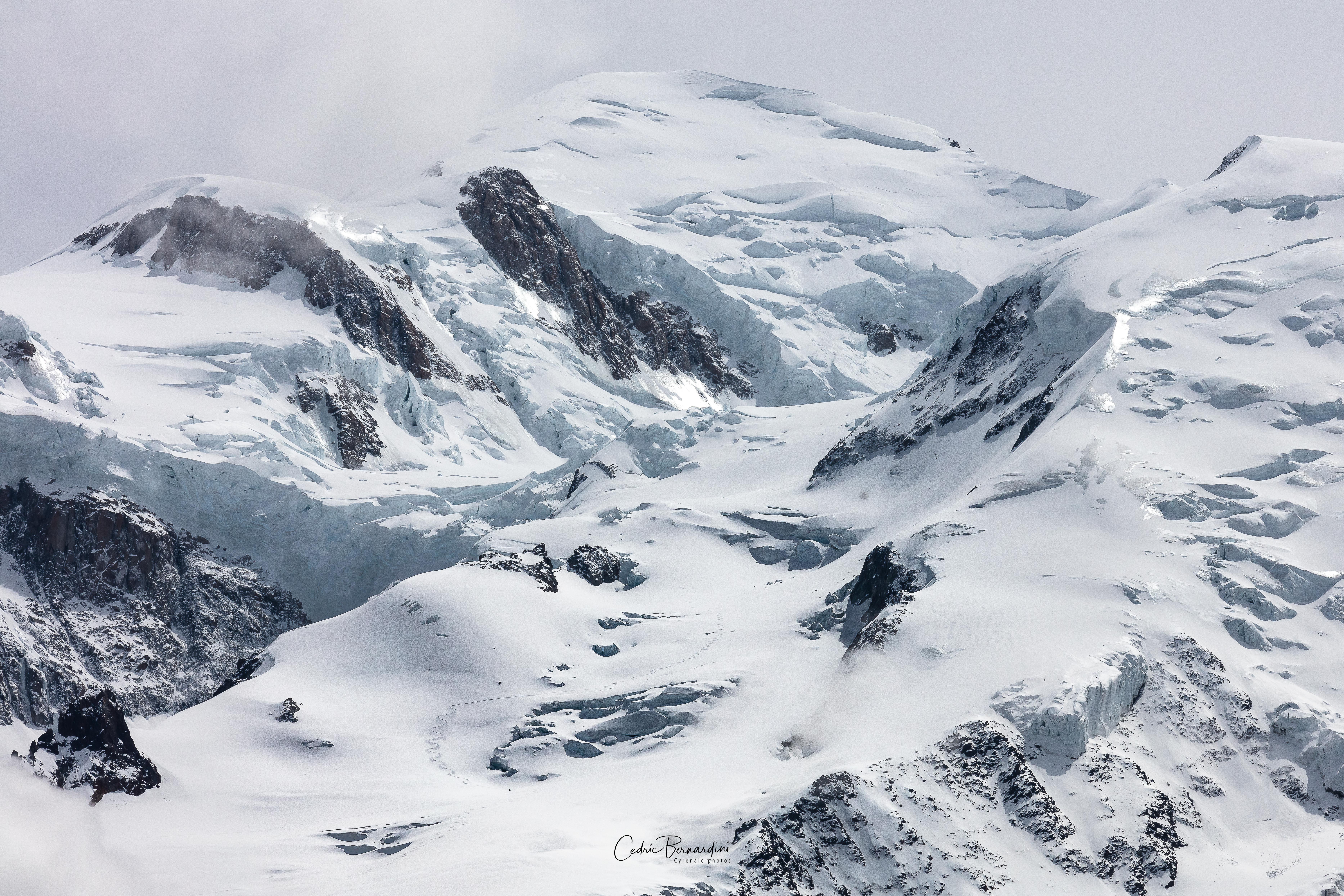 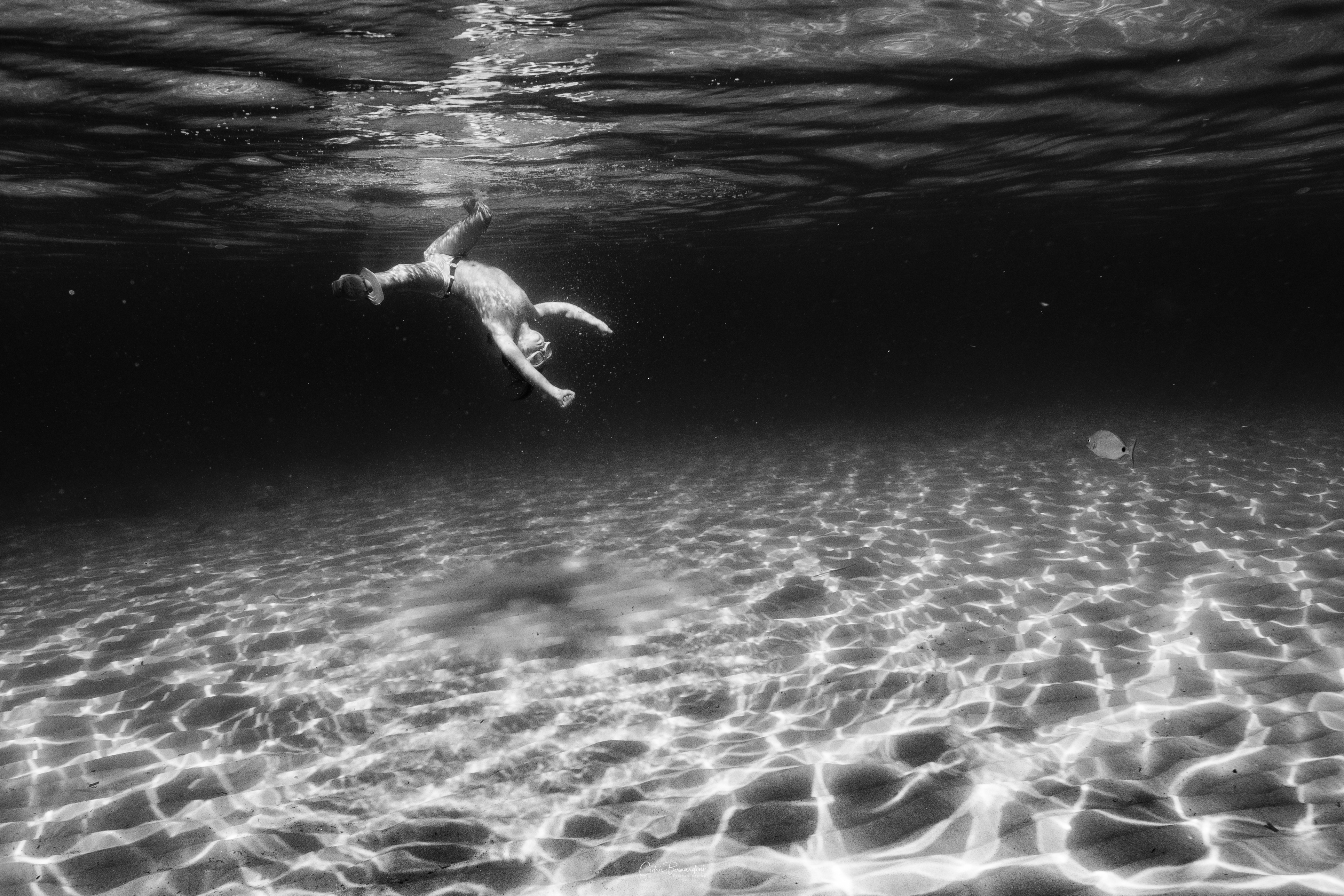 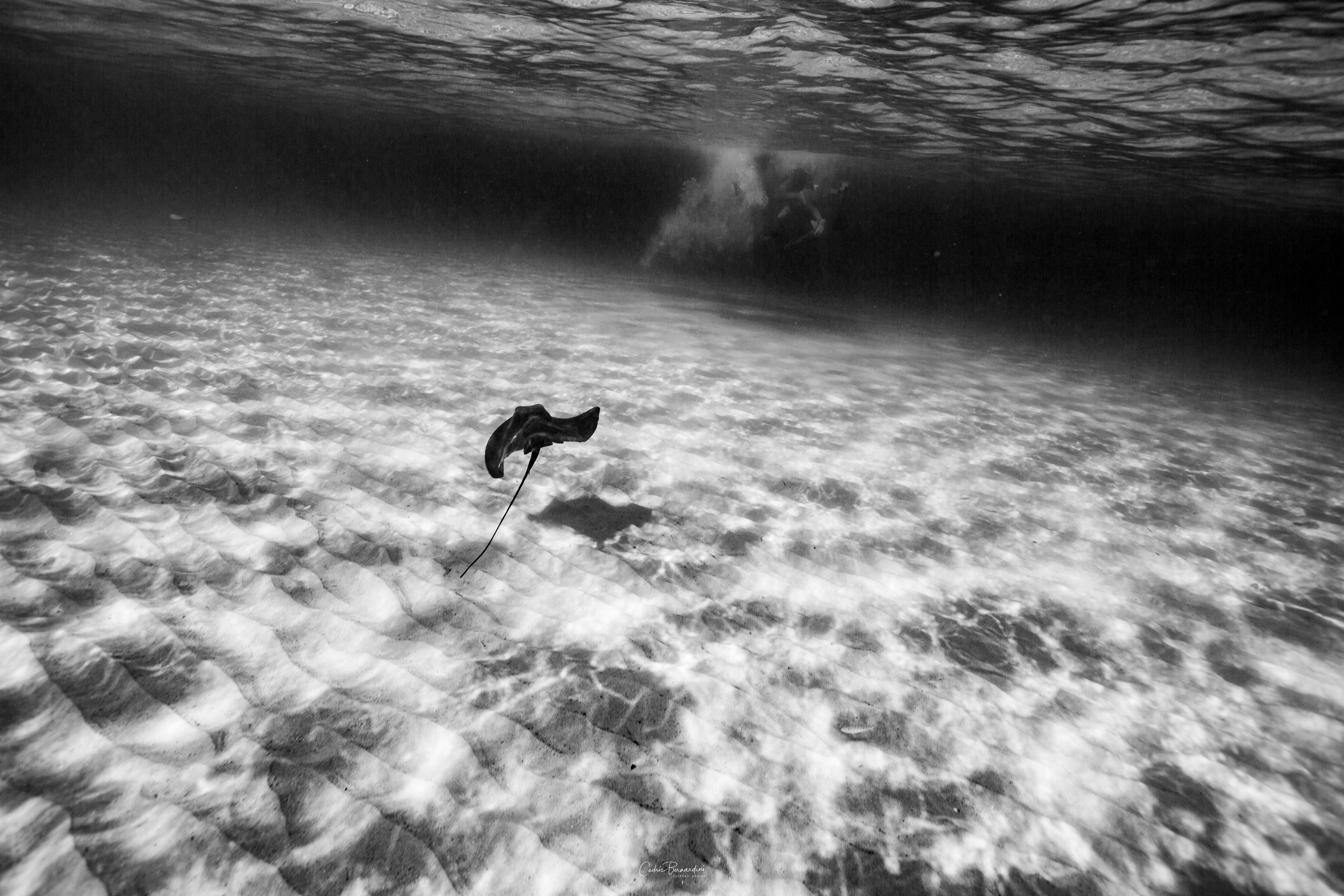 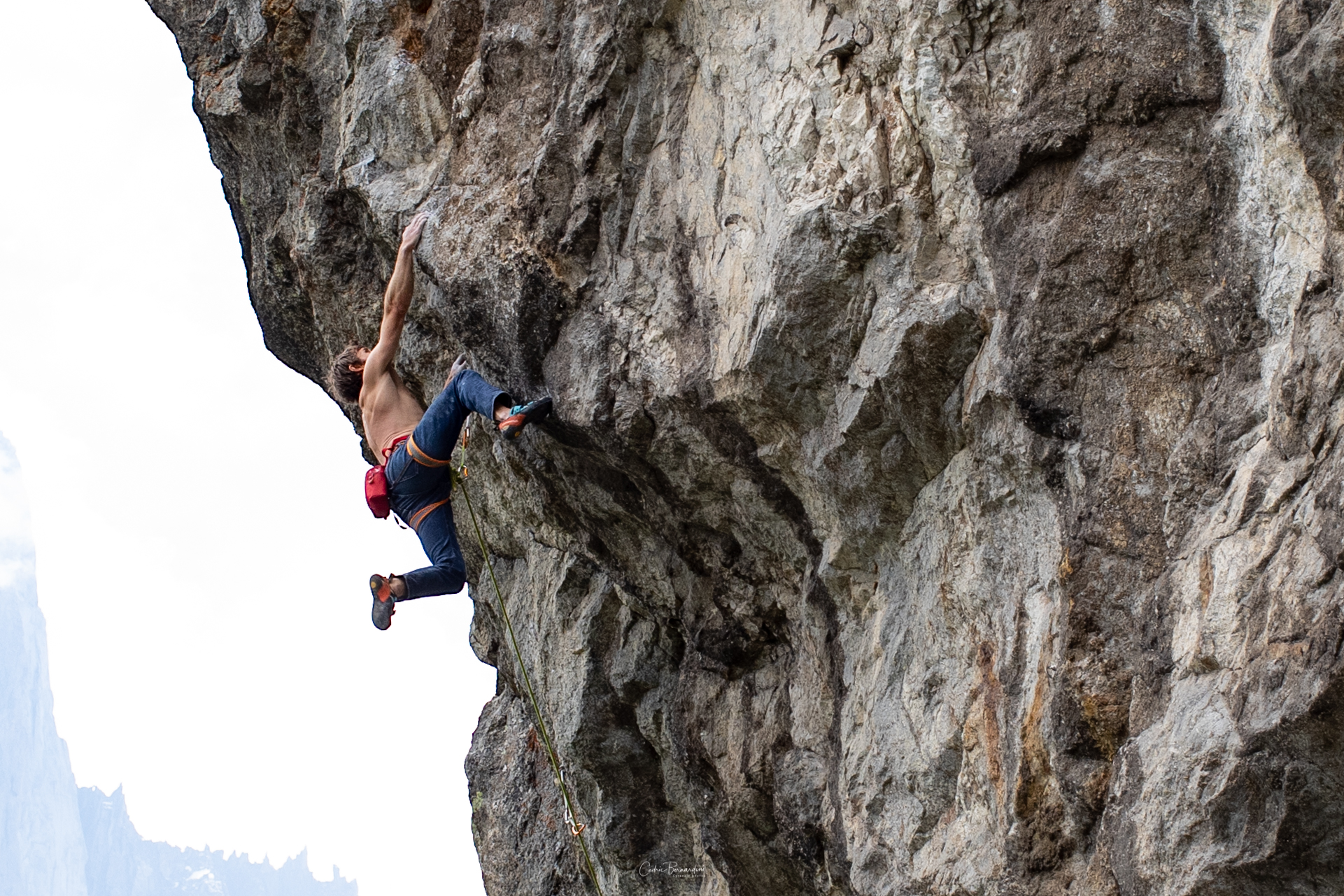 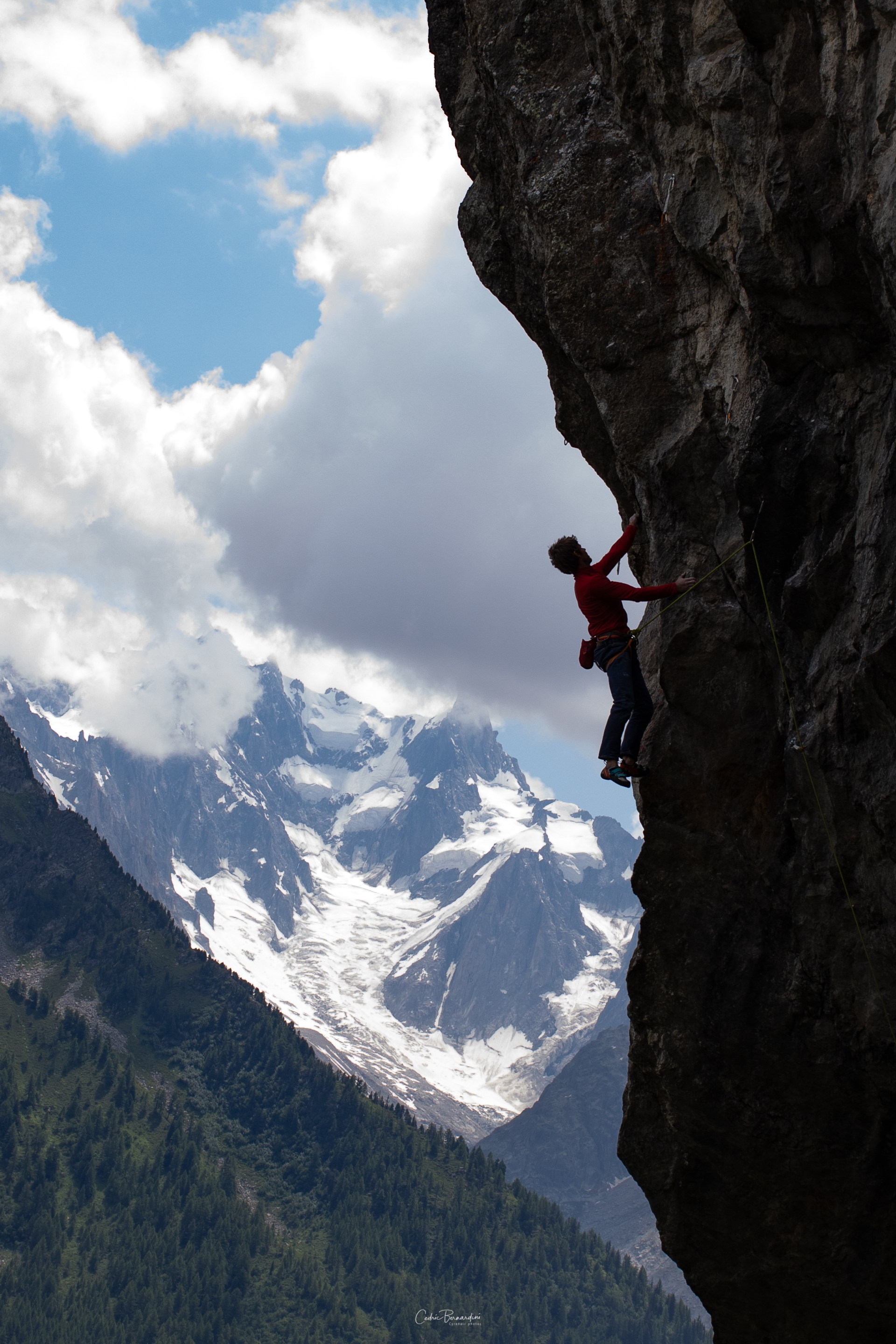