I grew up watching Jacques Cousteau video, swimming with whales was always a dream of mine. I took the excuse of a needed photography course to do so. Editing and Taking pictures of orcas underwater in the darkness of the arctic winter sounds technically challenging enough. One of the best in marine photography Darren Jew was the host as well as a marine biologist who gave us a lot of betas, science and datas. It took me 2 days to get used to the underwater gear and I’m still learning the tricks of pushing the technical limits of my sensor as well as the do’s and don’t in post editing. This week was absolutely stellar, visually brilliant , and very cold…swimming with whales and orcas is spiritually enriching.

The orcas for the past 7 years had been in around Tromso, in the ervfjord. However, they follow the herrings. The water in ervfjord was 10c too warm, the salmond farm are depleting the water of oxygen and the herrings usually change location every 10 years or so, which one had them to move up north east to skervoy this year is unclear, but we had to move camp to Havness. we spent most our days on a boat, it took us 1 hour to go from Havnnes to Skervoy, once around skervoy, we were hoping to find them feeding on a ball bait of herring which makes it easy to take photos. When they are chasing salmond or just socializing, it is very difficult to get in the water on time before they vanish especially when they are not in the mood. Most the time we end up jumping in, maybe take a shot, back on boat, cold as hell, find a few other, jump in…and so on… 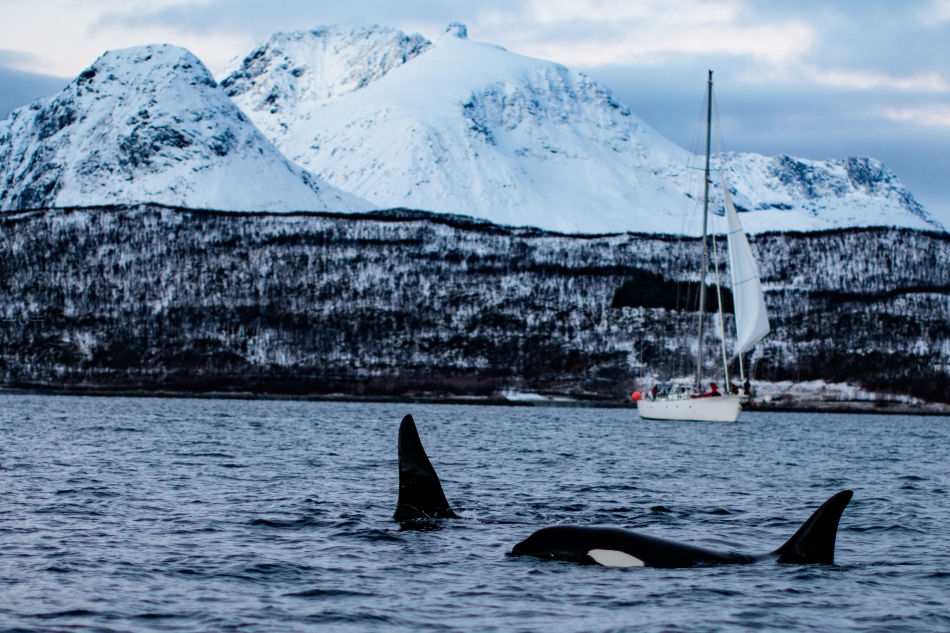 But on the 3rd day freezing our asses off , jumping on and off , getting blurry shots, we found a fish net full of herrings with a dozens mostly adults male orcas roaming around. It was epic, special. We swam in the warmth of the water for 2 hours and all got pretty rad shots… 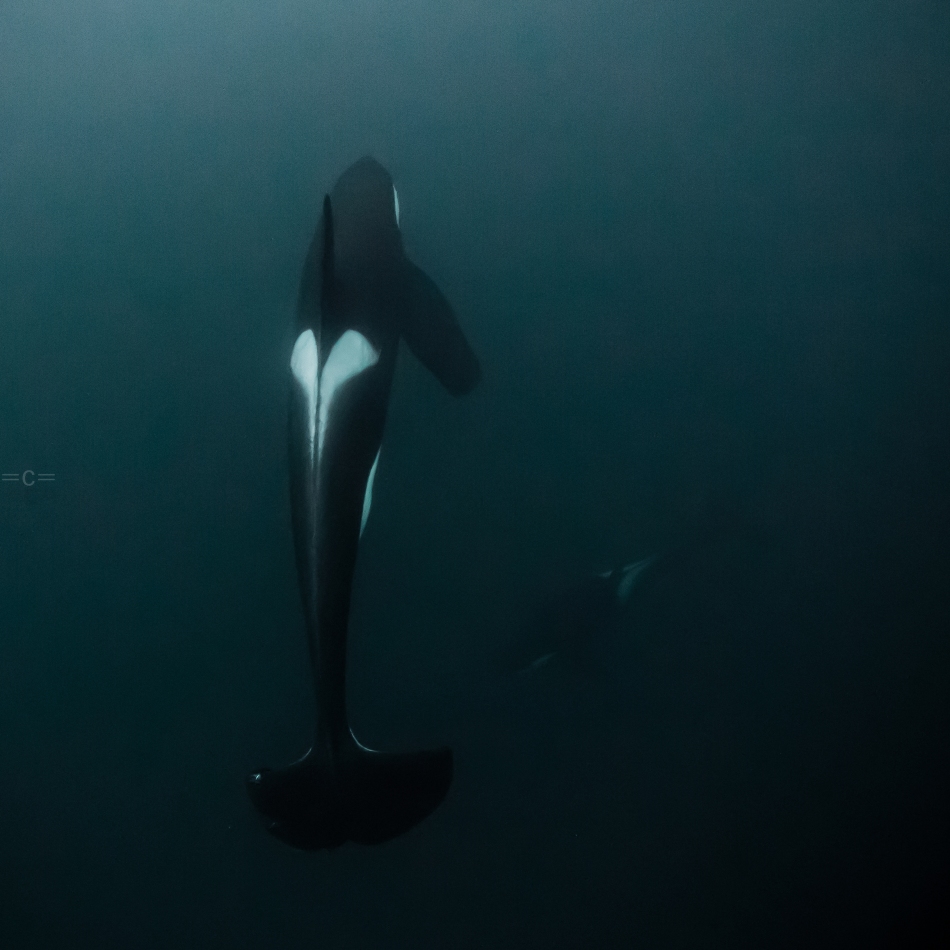 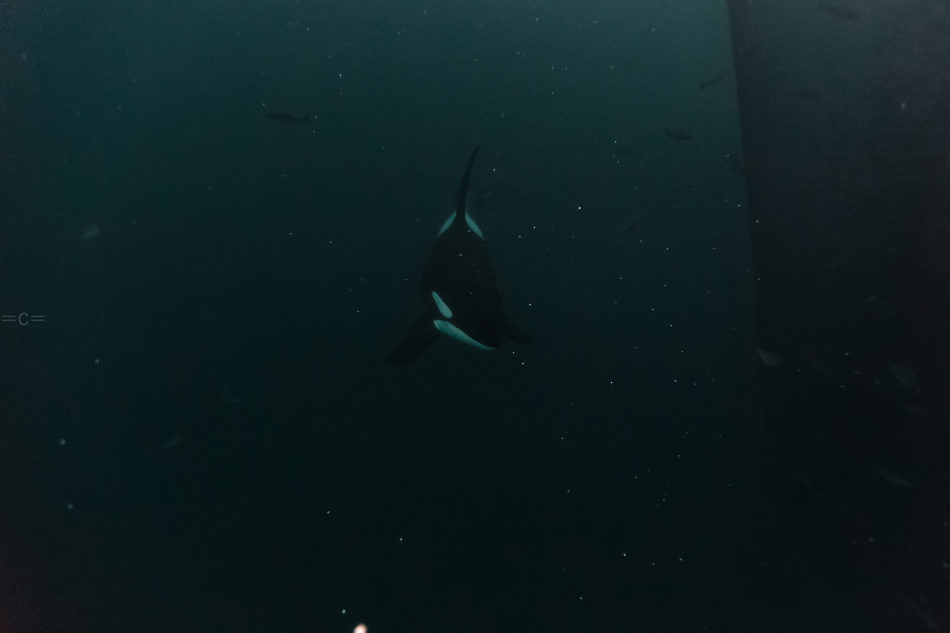 Of course, The arctic offers us an exploding sky which adds to the dreamy unreal trip i am on there are about 50 -100 K orcas worldwide. 3 types with 3 different diets including transients orcas eating mostly marine mammals like in antartica and residents orcas eating mostly fish like in norway or canada. In canada , the wild chinook salmond is vanishing due to salmond farms, orcas don’t eat farmed salmond and are found dead, starvation. In ersfjord near tromso , salmond farm sucked the oxygen out of the water, the water temp raised, herrings moved north so did the orcas and us. In the world, there are still some moronic idiotic humans who think those animals belong in a pool, they are still captured worldwide. Each pods speak a complete different languages, 2 different pods can’t understand each other, when they capture orcas, very often , they mix different Types (transient, residents, off shore) which have different diet but also from different pods so they can’t communicate. Those morons try to give fish to transient orcas and they die…they are called killer whales, they are big and dark but they have a big heart. they are closer to the dolphin than anything else. Catch 22: in norway, fishermans want to bring the whale and orcas quota up because, they say, they eat all the fish. The whale watching tourism bring more money than fishing. So it was refused. But, there are some abuse and more and more people harass those animals, chasing them, trying to touch them….it is bad ethic. I saw it.

This entry was posted on November 25, 2017 by cedricbernardini. It was filed under 2017, ranting, travel and was tagged with arctic, killer whales, nprway, orcas, tromso, underwater.