My friend Kevin who I met riding in Mammoth lakes california is visiting cham for the first time. We havent seen each other since i moved to Chamonix and he moved to Montana (is there mountains there?). So what a better way to introduce him to cham and to what Ive been doing for the past 5 years than to take him in the heart of it all: Les jardins de talefre. Loaded with wiskey, pastis and cigarettes we go on his first ride up the aiguille du midi and on to the refuge du couvercle on a 2 days trip. My 2 rad friends Brendan and Magnus joined us for the first day. We skied the croulante and the col des droites. both in good conditions. The col des droites was perfect corn top to bottom and is a great run, i have being denying that run over the more aggressive runs around for a long time and it ended up being the best skiing i’ve had in that basin. Dumb me. Despite a crampon coming off his soft snowboard boots , kevin did great and came back in one piece. We would have stayed another week there, but we ran out of booze, cigarettes and snus… 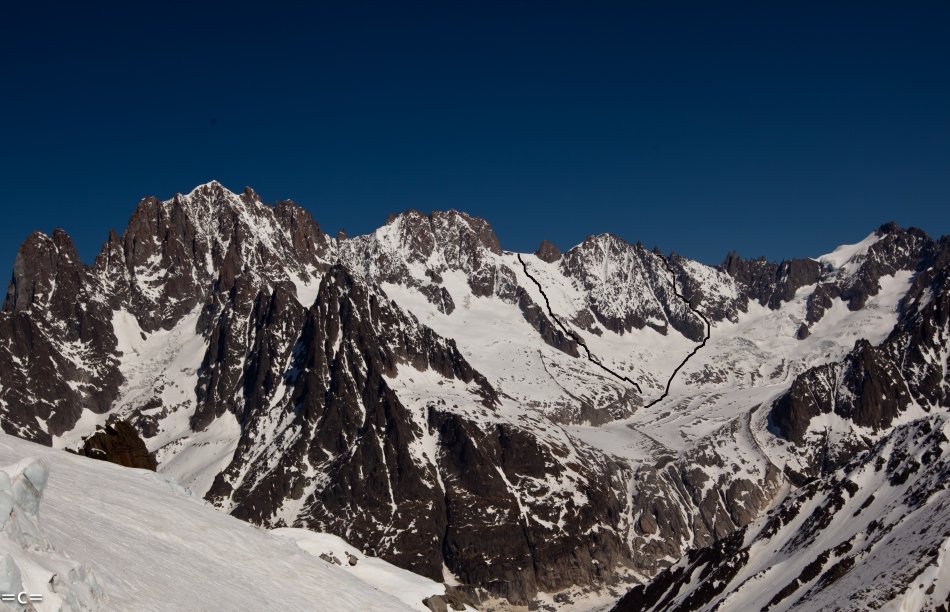 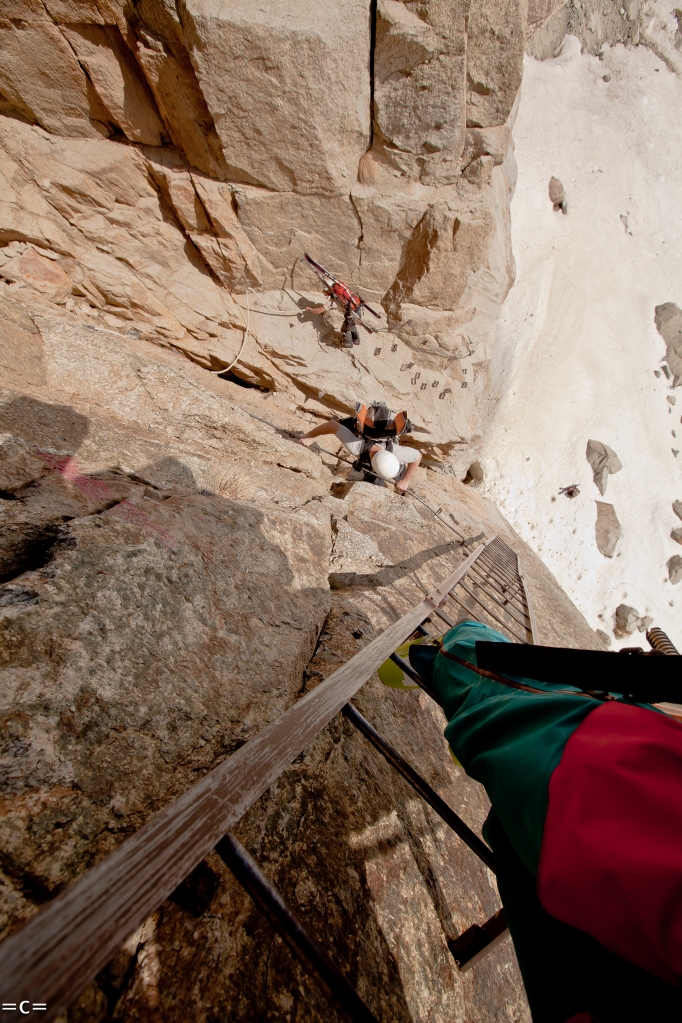 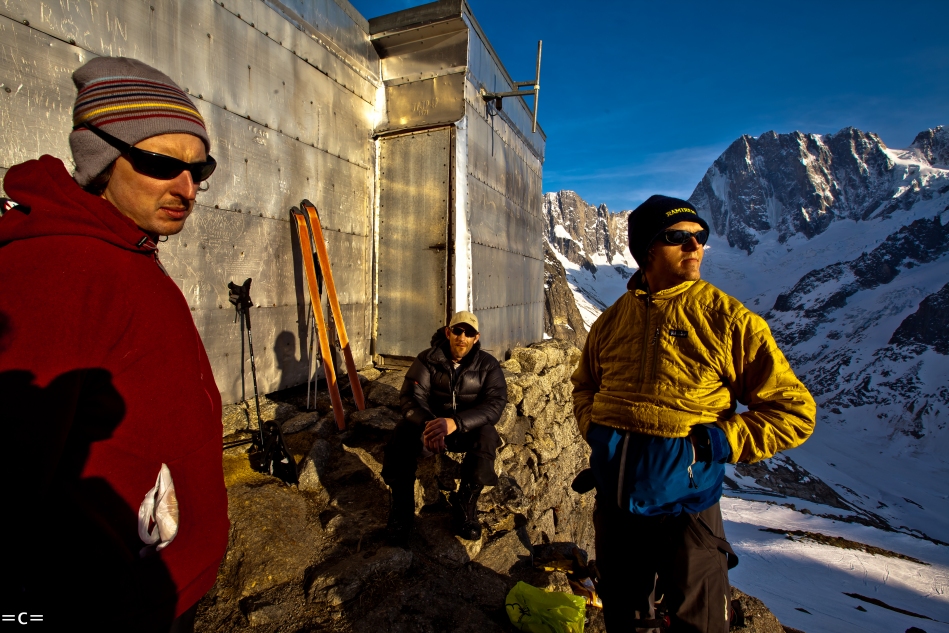 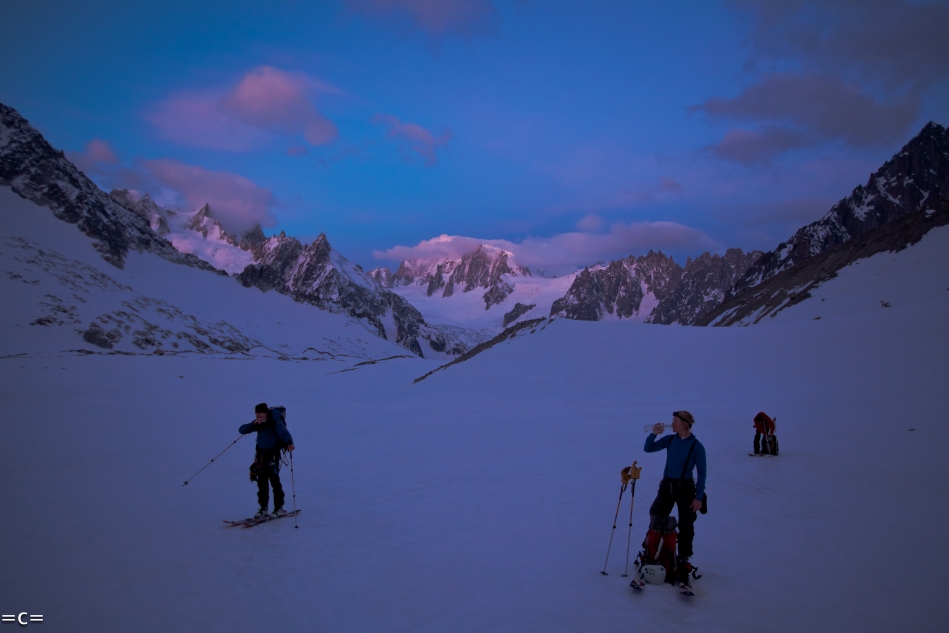 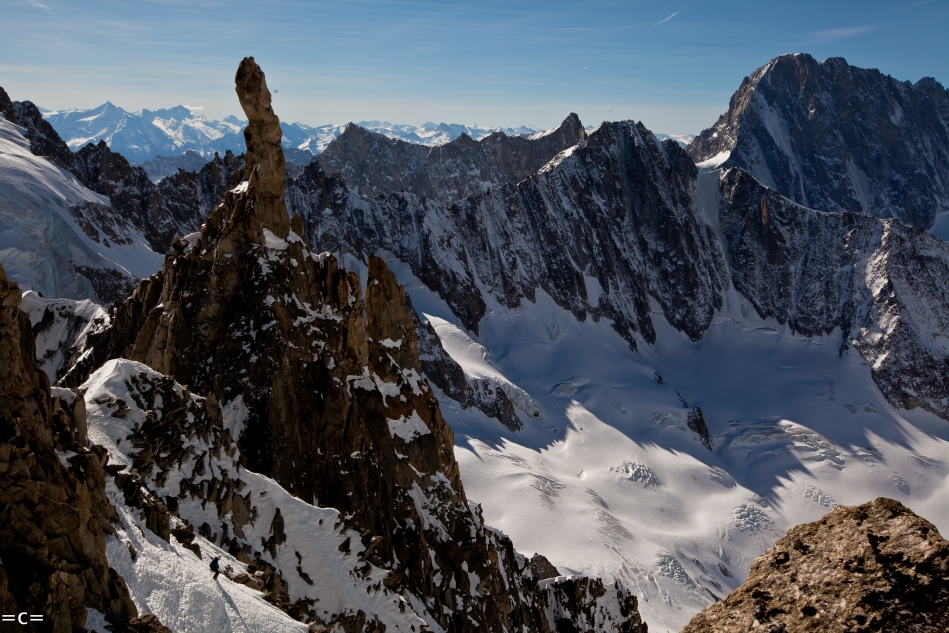 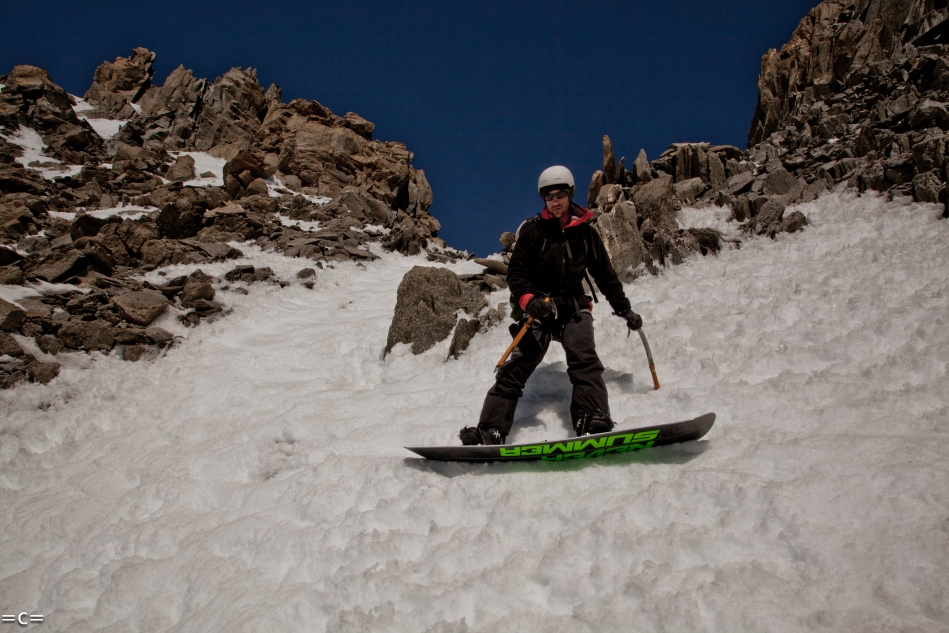 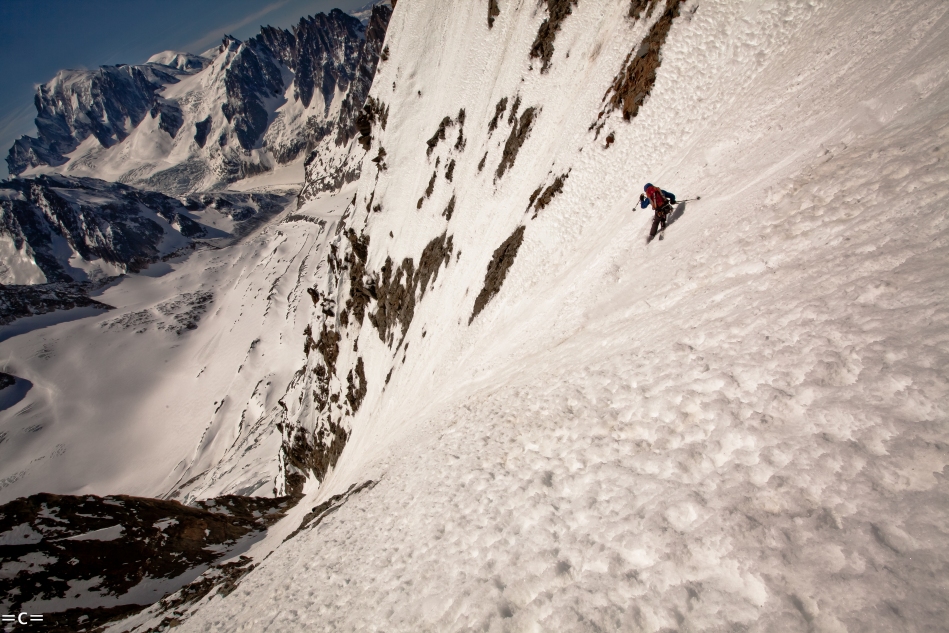 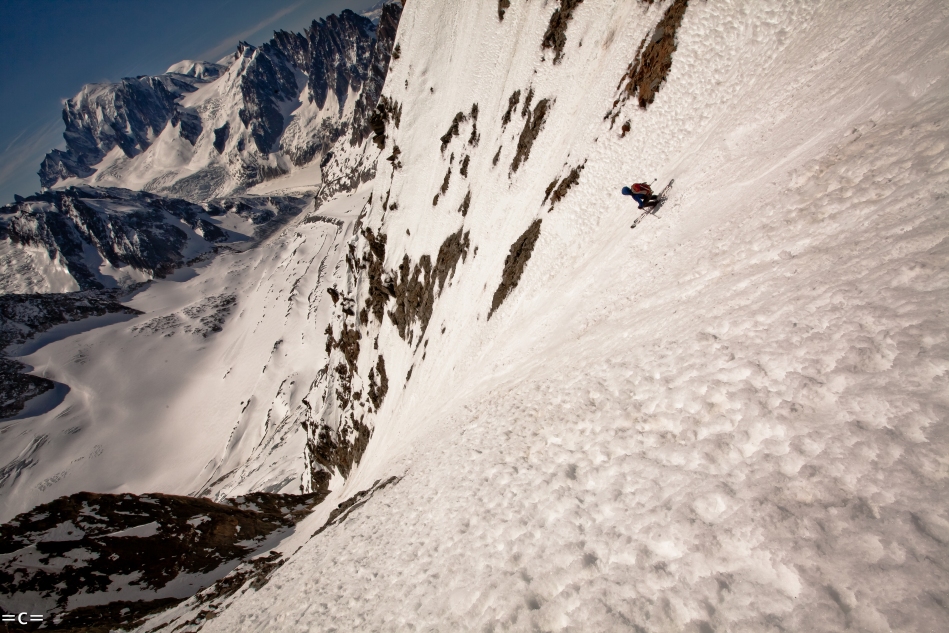 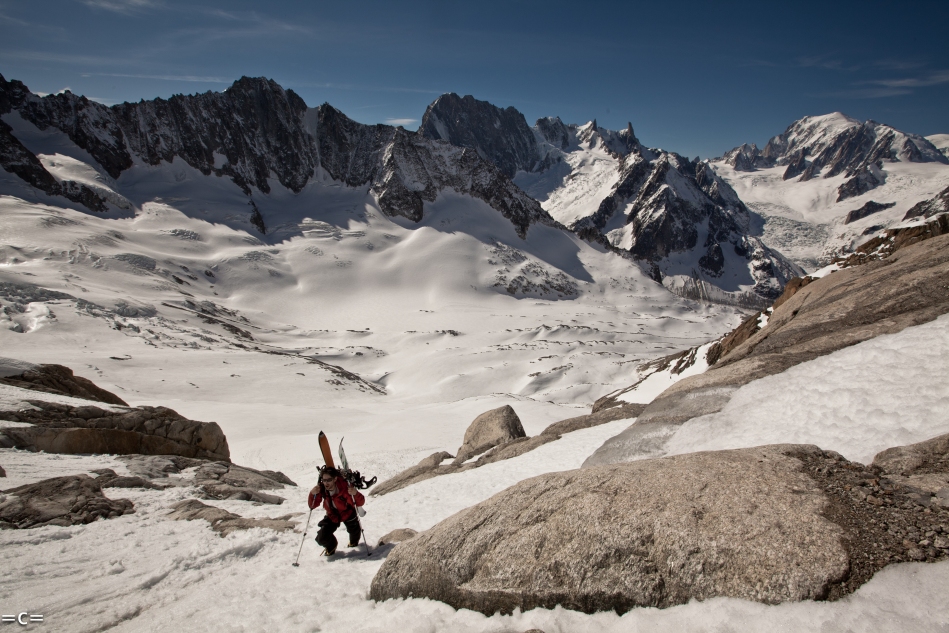 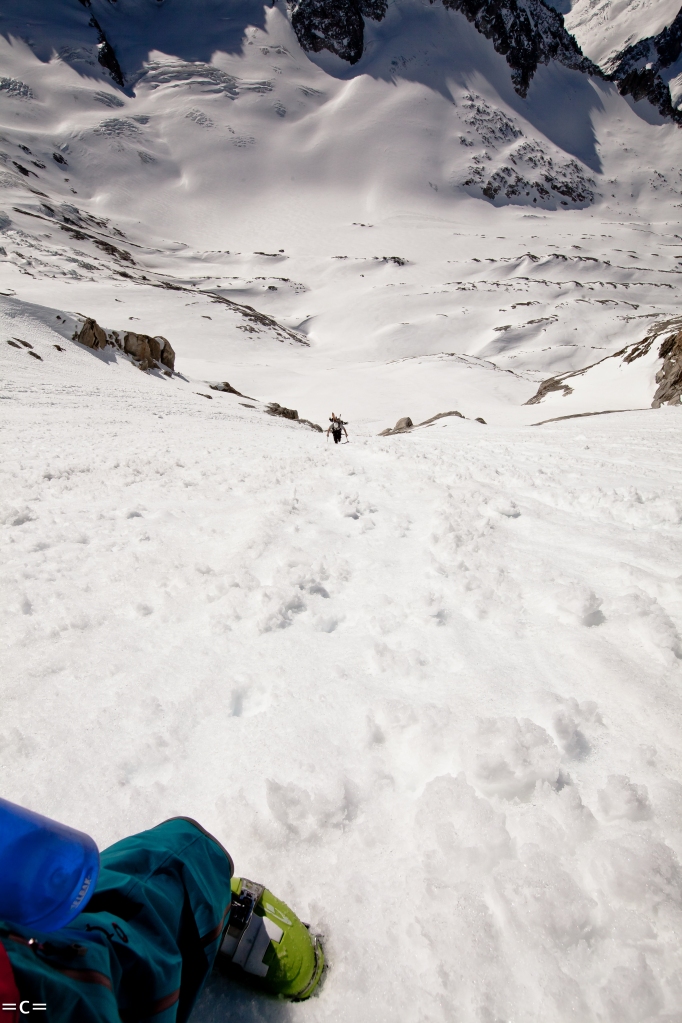 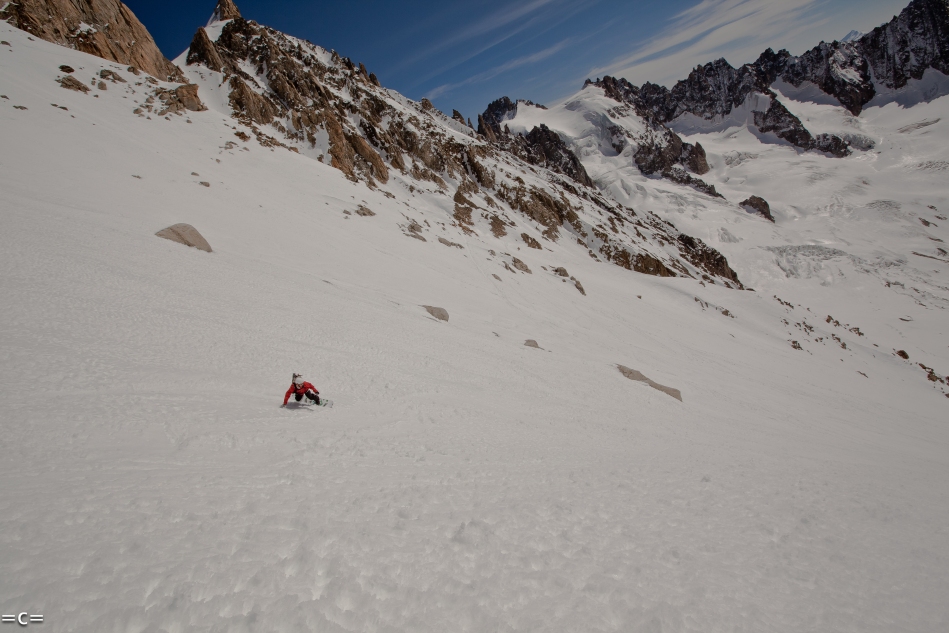 B Line -lunch at elevation and a hot chick

our plan was the summit. but, considering the funky snow we were walking on we opted for the more direct B-line. It was a very esthetic ski and a great enjoyable descent despite that snow which i cant really describe. just funky, hard to read kind of snow. but edgeable. all good. and then the hot chick with a burger. 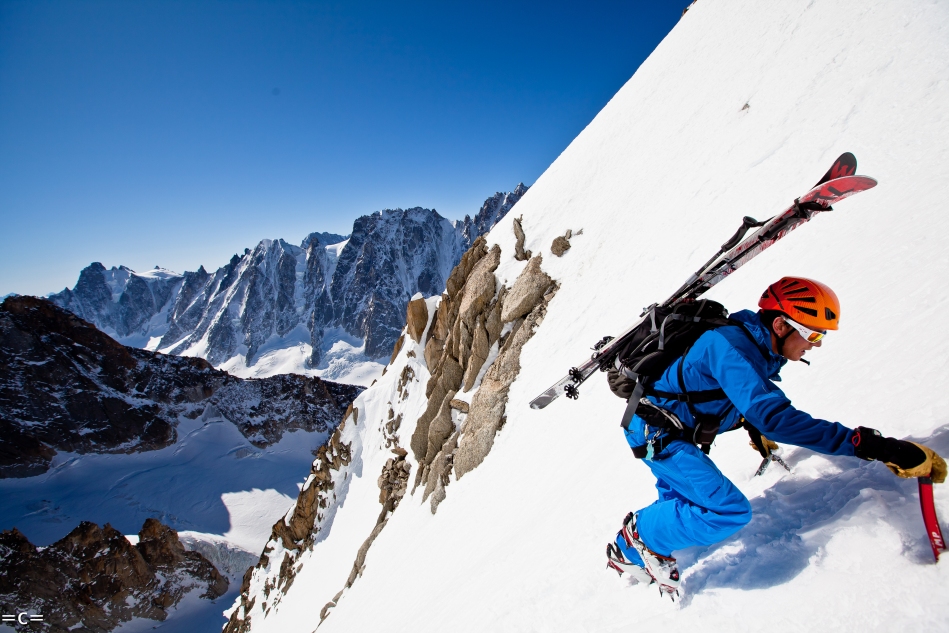 Chardonnet. another “but” the 3rd for that line.

we wanted to ski the south face of the chardonnet. When we got to the base of it , it was very hot . too hot. the line is pretty exposed to rock fall and the couloir itself leads to a cliff band if you dont turn hard left…i thought it was sort of Ok but my partners dusan and Niklas were not so keen and went on a full strike: ass in the snow skis spread up in the sky like i had lost all my power. so French of them… so we bailed and skied 2000 meters of rollers in good corn conditions. not so bad.